Explore the World of Doors

Holiday season is coming up soon, and that means that it’s the time of year that guests will be waiting outside your doorstep. So when carolers and party guests alike are outside of your home, ensure that they receive a great first impression of your home by trying some of my advice! 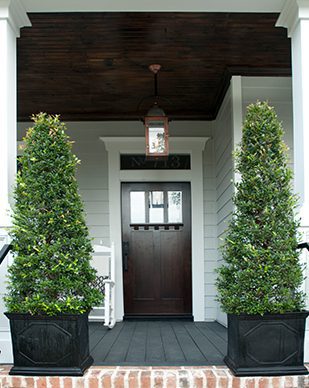 While a quality front entrance is centered upon a great door, the supporting pieces are just as important. Take a look at this home, where we had to carefully curate elements that would bring the most out of this sleek door. The symmetry of the luscious gardening, those cozy-looking chairs on the patio, and the perfectly placed gaslight lantern hanging in front of the door will wow guests the second they step onto the property. I’d love to spend a night out on that patio in the soft, romantic light of the lantern! 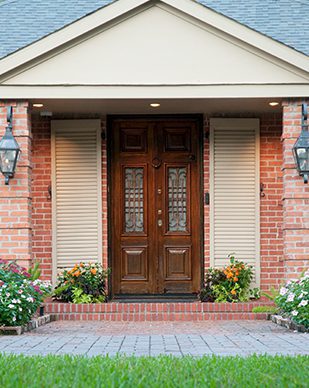 A well-designed front door should offer visitors a perfect preview of what to expect in your home. We designed this home’s front exterior to accomplish that exact goal. While the rustic brown of the wood matches the home’s traditional sensibilities, the doors’ impressive height also communicates taste to any passerby. What an excellent entrance! 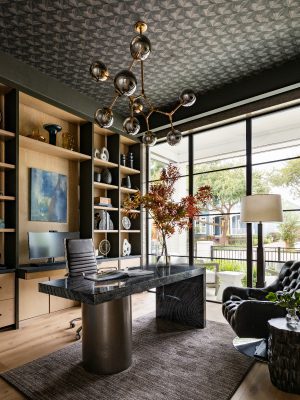 Bill Stubbs is an iconic tastemaker who leads his team to create and evoke aspirational spaces that are not only livable, but reveal the beauty in each home. Our goal is to create spaces that weave the details that our clients can appreciate into the very fabric of each room. The beauty of home is the true foundation to a well-lived life and we work with each client individually to make their dream home a reality.
CONTACT US